PROMENA Foundation is a Dutch Non-Profit Organization. We believe that cultural awareness and knowledge are the keys to challenge the misconceptions about the MENA region.Because of this, we seek to create innovative events in the Netherlands where opinion leaders, young professionals, artists, and experts from all different backgrounds participate in respectful discussions. We aim to create an environment where differences are put aside to make way for cultural and economic richness and the diversity of the MENA region to take the main stage.

To promote the cultural and economic richness and diversity of the Middle East and North African (MENA) region by expanding knowledge through artistic, academic and economic events through the Netherlands.

PROMENA Foundation was established by Ms. Eveline J.A. AMERICA and Mr. Arezki ADJERIOU in The Hague, The Netherlands on November 1, 2016, with the aim of creating events to engage the Dutch public in an informed and respectful discussion about the cultural richness and beauty of the MENA region, this with the idea of challenging negative prejudices and misrepresentation about the cultures of the different countries in this region. 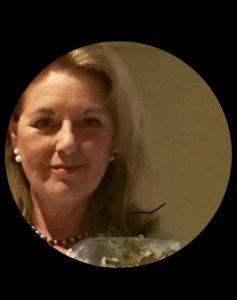 PROMENA is an initiative that originated from my eagerness and desire to share with my own community the cultural richness and diversity of the Middle East and North Africa; a region I love, respect and admire. I started PROMENA with the idea of creating a foundation to connect the north and the south, a bridge between the Dutch culture and the cultures of the MENA region, based on a shared love for artistic and cultural expressions. All of the events we organize in PROMENA are intended to encourage an informed, respectful and passionate discussion about the MENA region and its rich cultural and artistic scene.

"I have always had a deep passion for the MENA region, and through PROMENA I hope to express a positive narrative of the region by displaying the cultural and economic richness by means of organizing events through the Netherlands".

The Board of Members is the foundation's directive body. It is composed of the following members:

Born in the heart of Europe, living in the north, and having studied the French language and the northern African cultures. Gained much experience as President of the French Alliance Federation in  the Netherlands and as Founder and Director of the Foundation FONDEMA,  Ms. America continues  to give a hand in building the bridge north-south on a cultural and economic level by means of PROMENA Foundation.

If you would like to read more about the president, please look at the LinkedIn profile:

Driven by his humanitarian approach, Mr.Adjeriou is a dedicated entrepreneur who tries to build bridges between the people, work in public interest and for consolidation of relationships of countries. He has invested in a number of organisations to further these efforts by creating economic partnerships as well as societal ones concerning Algerian-Dutch relations.

Having discovered the potential of the Netherlands merely a decade ago, Mr.Adjeriou has invested in Algerian-Dutch relations, for the benefit of both the people of both countries, on an economic level through the GLOBAL SOURCING PARTNERS BV, as well as on a cultural level through the PROMENA FOUNDATION.

The Foundation relies on a team of committed staff to operate PROMENA's day-to-day activities at our office in Laan van Meerdervoort, The Hague. The staff include Ms. Eveline J.A. America, Founder and President of PROMENA, and the following personnel: